I will comment the film Daisies (1966), de Vera Chytilová, next wednesday 20/11/13, as part of the program of the Mostra Políticas do Cinema Moderno, at the Sesc Palladium.

In April 06th 2013, I was at Inhotim for the premiere of the film Elena, as a guest to comment the film.

Roda selected for the MFL!


I am in Berlin until February 27th, taking part of a Film Festival and event management's training course, offered by DW Akademie in cooperation with the 62nd Berlinale. Twelve  participants have been selected from countries of Asia, Africa e Latin America. 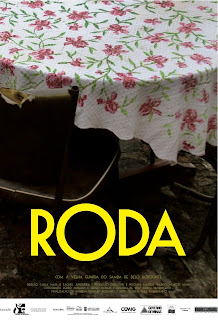 
In 2011, I was Member of Jury of three Brazilian Film Festivals: 13˚ Festival Internacional de Curtas de Belo Horizonte, III Semana dos realizadores e II Cachoeira.doc. In the last one, I also took part of the Cycle of Conferences, with the conference: "The feminin on contemporary documentary".


Roda, documentary about the old school of samba in Belo Horizonte, has its première

The cinema of Naomi Kawase: full retrospective of the japanese director

The cinema of Chantal Akerman: inedited retrospective in Brasil, with the presence of the director

The cinema of Pedro Costa: full retrospective of the portuguese director who attends the event